Is SM standing for SaveMe or for Solo Mornington? Which pixel is hurt, raped and harassed here most? Is it the loud artist who will use every weapon to get things her way or is it the self acclaimed dictator who floats in self-pity that not the whole world sees how good he is in arranging everything for the stupid and the dumb?

Is Solo Mornington harassed in this movie where he speaks out how much he is missing SaveMe if she is not around?

Are the pixels of Solo Mornington hurt in this movie with an almost exploding bomb on his genitals and dynamite stuck in his ass, while SaveMe is shaking her booty above him?

Are 5 SaveMe Oh’s making fun of the LEA committee, represented by Solo Mornington, Dan Coyote and Betty Omo or does she make fun of herself in the LEA Idols show? And is it mean of SaveMe Oh to ask so explicit what the price of freedom is? 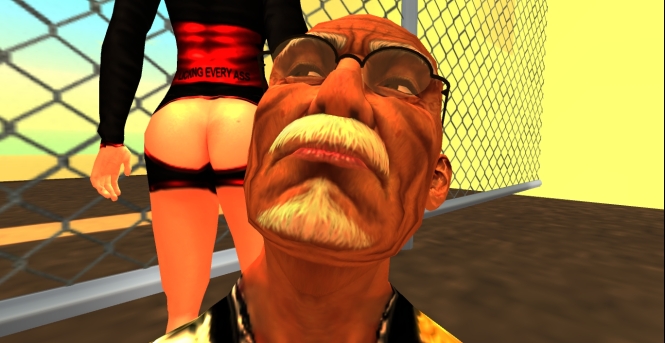 Let’s end with the wise words of Edward Folger who brings back the debate to the essence:

Solo, we are talking about a virtual sandbox devoted to creativity where nothing remains longer than a week and anything can be derendered by other users who find it annoying and any avatar can be muted if one needs to concentrate on working. The only issue is your power to ban someone and keep them out indefinitely, for your own personal reasons. Creativity is being stifled by your personal bugaboos.